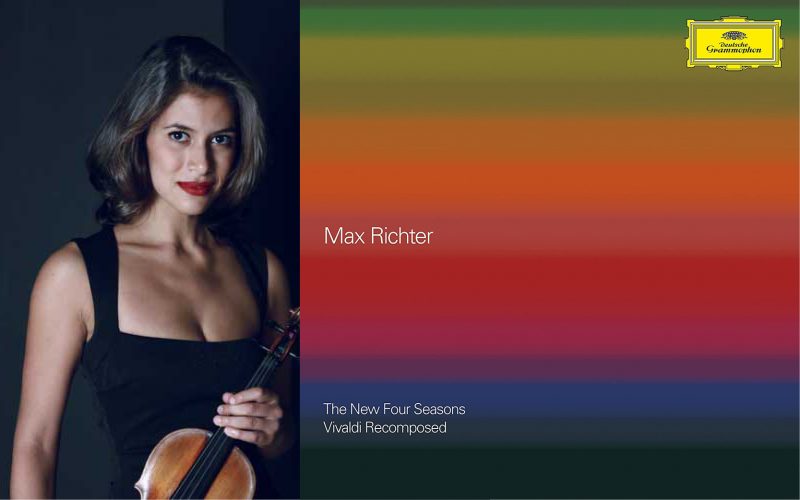 Bill EvansJune 24, 2022
String playing is the greatest. And Stringsmagazine.com is here to support you and the string world with fantastic content (like this story!) If you like what we do, please make a donation to support our work and keep the site running.

If you were to make a list of classical music’s greatest hits over the centuries, or even last year, Vivaldi’s Four Seasons would be close to the very top. Even the most casual listener will recognize its characterful melodies and bouncy rhythms. Many professional violinists keep it under their fingers, knowing full well they may be asked to perform it at any time.

With such popularity comes the danger that the Four Seasons—actually a suite of four violin concertos written by the Venetian composer ca. 1718–20—will outstay its welcome, but there are few signs that this is will be the case anytime soon: the performances and recordings just keep coming. The depiction of nature and its seasonal changes, the charm of the musical illustration of the poems in each movement, the humor—these are the core elements of Vivaldi’s best-known work.

Still, freshening up this 300-year-old gem is a challenge that many have taken on. Four Seasons has been arranged for different ensembles—brass quintet, saxophone quartet, vocal quartet, and massed guitars, to name just a few. The Argentinean composer Astor Piazzolla wrote his Four Seasons of Buenos Aires (Las Cuatro Estaciones Porteñas) as separate works in the 1960s and ’70s; these were later collected in a suite and arranged by Leonid Desyatnikov in the 1990s. In concert, on recordings, on elevators, and on soundtracks for numerous films and movies, Vivaldi’s Four Seasons is simply irresistible. Vivaldi himself borrowed from his score for other works (as did Bach).

Ten years ago, German-British composer Max Richter, born in 1966, made a splash with Recomposed by Max Richter: Vivaldi—The Four Seasons. The album topped the classical charts in 22 countries and has been heard on the soundtracks of televisions shows including Bridgerton and The Crown. The music has received 450 million streams, including 110 million streams for “Spring 1,” according to a press release.

Now Richter has returned to Vivaldi, deploying an unexpected combination of instruments: stringed instruments with period setups and Moog synthesizers from the 1970s. With violinist Elena Urioste as the soloist, joined by the musicians of Chineke! Orchestra, The New Four Seasons: Vivaldi Recomposed was released in June on the Deutsche Grammophon label.

Fans of the original Recomposed will recognize many of the same elements: the electronic bass line, provided this time by the vintage Moog synths, and the sparkling, quicksilver melody dancing above, created by the period strings. At times, an entire movement is played nearly straight; at other times Vivaldi’s melodies are fragmented and reassembled, with rhythmic patterns turned inside out.

Urioste remarks, “There are big swaths of the music that are largely unchanged, and then there are bits where Max will just take a very small fragment and work his magic with it, put it on a loop, with his gorgeous pedal tones underneath.”

Richter has described this new version of Recomposed as having a “grittier, more punk rock sound.” There’s something cinematic and heartrending about it as well, unsurprising from the composer of many film soundtracks. It’s evident that Richter has great affection for the Four Seasons and that “recomposed” is the right term for what he has done here.

The recording was made at Richter’s newly built studio over the course of five days in the Cotswolds, a part of England famed for its gently rolling hills. Unlike the typical bleakly lit warehouse feel of so many recording studios, Richter’s studio admits natural light and views of the leafy countryside.

To find out more about the recording, I speak to Urioste. As we talk via Zoom, her baby gurgles happily in her lap. I wonder how Urioste first came into Richter’s orbit. “In 2021, I received word that he wanted to work together,” she recalls. “Would I be interested in being the violin soloist in his work VOICES at the Elbphilharmonie?” Although Urioste has been a globe-trotting violinist for a while, she jumped at the chance to play at Hamburg’s brilliant new concert hall. “I was quite surprised, because it seemed really out of the blue, but the prospect of playing at the Elbphilharmonie was a long standing dream of mine.”

There was one complication: her baby, the very one smiling up at his mother as we speak, would be born just eight weeks before the date. “Luckily he was an extremely easy baby, and I felt recovered by then,” Urioste says.

Further collaborations with Richter followed, and then he got in touch again to gauge her interest in a new version of Vivaldi Recomposed, “but on gut strings and with a Baroque bow.” Surprisingly, Urioste and the original Four Seasons were not longtime companions. “I’d only done the Vivaldi a couple times, so actually I felt coming to Max’s re-imagining of it that it was an advantage not to have super loud, clear opinions about how the Vivaldi should go! It felt like a privilege to be able to come to Max’s music with a clean slate and fresh ears.”

Urioste was also new to the world of period playing, although her violin—an Alessandro Gagliano dating from 1706—was built when Vivaldi was still alive. Urioste called upon a Baroque specialist friend for help. “The advice I was given, which was quite helpful, was for the first few days, turn your ears off. It’s going to sound terrible. So just play the equipment and don’t listen too hard, just be forgiving. I just decided I would have very much a beginner’s mindset with the process to start to get a handle on what it felt like.

“I was quite delighted to learn that using a different shaped bow doesn’t automatically mean that you have to have a bulge in the middle of every note. And just because you’re playing gut strings doesn’t mean that your vibrato magically has to be delayed or selectively administered. Music is music. Of course, there are subtle differences about how you grab the string and how soon you release it, and the amount of real estate you have in the bow is quite different. Oftentimes I found myself playing what I thought was the tip, but in fact, I was in midair because there simply wasn’t as much bow as I was expecting.

“I mostly found it was a nice adjustment for the ears. I found it really refreshing and much more enjoyable than I had decided it might be. It was like eating some really clean sushi after years of heavy Sicilian food.” (She later got in touch to clarify that she is “part Sicilian and it’s my favorite cuisine!”)

Playing on period instruments was also a new experience for musicians of Chineke! Orchestra, Europe’s first majority Black and ethnically diverse orchestra, which was founded in 2015 by bass player Chi-chi Nwanoku, whose extensive experience includes playing with early-music specialists of the Orchestra of the Age of Enlightenment.

Urioste had worked with Chineke! since 2016. In 2019, they’d made a six-city European tour of the Samuel Coleridge Taylor Violin Concerto before recording it in April 2021. “There’s a vibrancy to the group, and energy and commitment,” Urioste says. The forces for the New Four Seasons were a Baroque-sized ensemble of four players each in the violin, viola, and cello sections, along with three basses, a harp, and a harpsichord.

In the run-up to the Four Seasons session, Urioste and Chineke! prepared for the recording with workshops in London led by Nwanoku and Baroque specialists Bojan Čičić, David Bates, and Davina Clarke.

The session itself was “extremely intense,” Urioste recalls. She also remembers at “every break dashing off to the little cottage we’d rented around the corner to feed the baby or having [my] husband bring him over.”

At the session, Urioste says, the composer was “extremely flexible, where, for example, ornamentation was concerned. We did a lot of trial and error in terms of dynamics and expression and vibrato and tempo. While we were performing and recording from very clearly dictated scores, the music felt like a living, breathing organism that evolved over the week that we were all together. It really felt collaborative. Everyone spoke in the room, and it was a small enough group that we were able to do that and still be productive. There was a real sense of chamber music to the whole project.”

What can listeners expect from the Vivaldi revamp? Urioste pauses a moment before responding, “The original recording of his Vivaldi Recomposed is such a beloved album and concept. Fans of Max’s music are quite loyal and always incredibly excited to see what he’ll put out next. So, I hope everyone who loves his music and loves this piece will be excited to listen to this new version with the different color and timber of the instruments. I hope people love it, because I think we really put our hearts and souls and a lot of energy into the week of recording.”

As Nwanoku says of the resulting work: “It is still the same tale—it’s just about bringing that 21st-century twist to it.”

Bow Bugs: How to Know You Have Them and What to Do If You Find Them

All Motions Great & Small: How to Practice String-crossing Technique for Bariolage