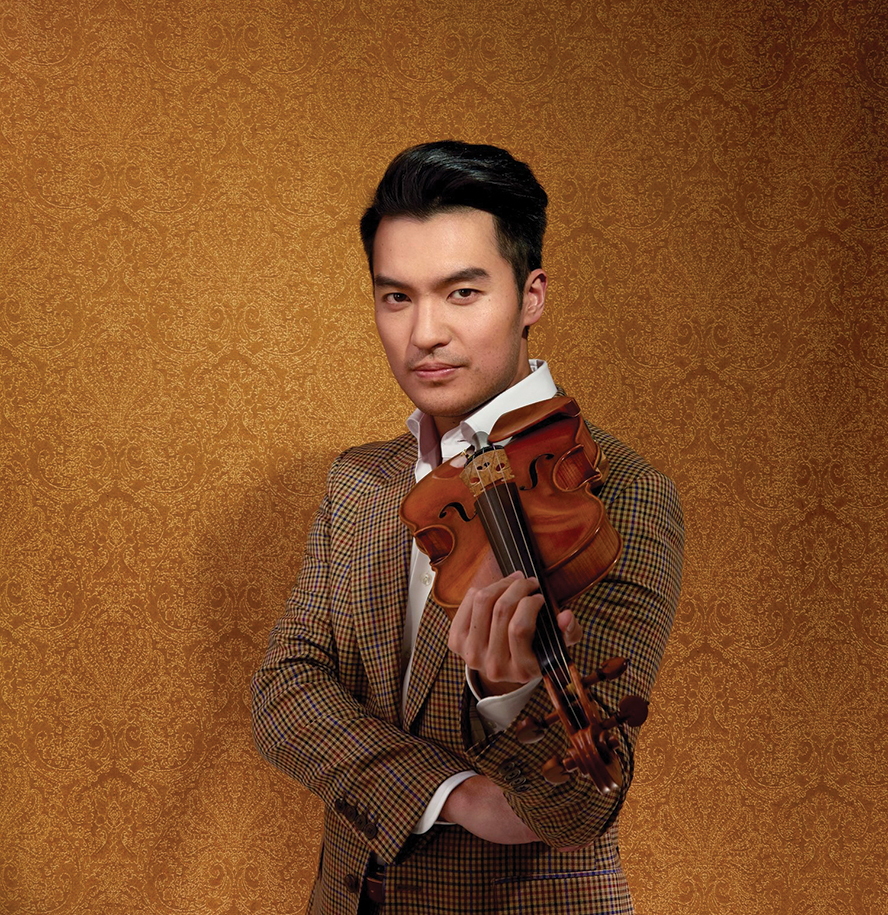 Olivia WiseJuly 29, 2019
String playing is the greatest. And Stringsmagazine.com is here to support you and the string world with fantastic content (like this story!) If you like what we do, please make a donation to support our work and keep the site running.

Title of Work Being Studied Sonata for Solo Violin No. 3 “Ballade”

Ysaÿe becomes especially interesting to explore as a violinist after you’ve tackled more of the mainstream repertoire out there, because he references a lot of material from other pieces that he was probably playing. In this one, there are bits of the Brahms Violin Concerto, even including a lick from Joachim’s cadenza! And of course one mustn’t forget his connection to Bach—that’s the whole reason behind the birth of Ysaÿe’s Six Sonatas for Solo Violin. He was directly inspired by Bach’s Six Sonatas & Partitas for Solo Violin.

I think that when you approach Ysaÿe’s Solo Sonatas, you do so with the knowledge that he always has Bach’s reverence toward divinity in mind. One can feel that even though Ysaÿe’s approach toward a divine offering is completely different from Bach’s; although he was using more modern harmonies and chords, the reverberant church-like qualities and emphasis on ringing chord progressions is evident. Think of the difference between the approaches of Bach versus Paganini. If there were to be a spectrum where one side is God and the other is the Devil, Ysaÿe would be constantly teetering around the scale, trying to keep himself in God’s light but inevitably falling to the darkness every so often. One could even say this is a representation of humanity’s constant struggle throughout time.

I’m preparing Ysaÿe’s sonata as part of my upcoming recital program in Australia. It’s sort of the “sorbet” on the menu. Having heard so many others perform it, I’m finally happy that I get a chance to put my mark on it. Plus it’s only around six minutes long and therefore could also be a great encore. I remember taking a look at it briefly for the first time during a summer music camp when I was 17—alas, I didn’t get very far as there were too many distractions for a 17 year old! Instead I asked the pretty cellist if she would be interested in playing a duo with me. Go figure.

With my now undistracted, fully focused, no-longer-17-year-old mind, I’ve come to the ultimate conclusion that this is a wonderful piece filled with various forms of violin virtuosic badassery. I’ve played several of the other sonatas: No. 2 “Obsession” (the one that starts all pretty and angelic with Bach’s E major Preludio and then quickly plunges you back and forth between that and the seventh layer of Hell); No. 4 “Allemande” (the one that was dedicated to Fritz Kreisler but I honestly can’t imagine him playing it), and No. 6 (simply known as “No. 6” because it’s the most insanely difficult one and feared above all, including by the dedicatee who apparently never performed it in public).

“One piece of advice I have for players approaching repertoire, or rather music in general, is that you must enjoy some aspect of the piece you’re working on.”

One piece of advice I have for players approaching repertoire, or rather music in general, is that you must enjoy some aspect of the piece you’re working on. Perhaps you enjoy it because you were inspired when you heard someone else play it, or for the actual self-discovery and playing process itself, or simply because you’re a fan of the composer’s other works—my point is that you can’t showcase a work you don’t believe in. Sure, some works require time and are a bit of an acquired taste, but by the time you’re deciding whether or not you’re going to perform a piece, you really need to answer this question: Do you love this piece? And the answer better be yes.

Then enjoy it. Some composers are quite specific about how a piece should be played, or they’re set to the constraints of their era. Ysaÿe is not one of those, so take as much time to breathe between phrases as you want—or you could play it strictly to tempo. When he composed these pieces, Ysaÿe knew only the best violinists would be performing his works, and he dedicated each Sonata to the players he respected the most. However, each violinist would have played his works incredibly differently than the others. So it’s up to you to decide how you want to approach it!

I like to stick with Henle for repertoire where it’s important to have the music clearly laid out and as close to the urtext as possible. Henle really suits Germanic repertoire: Mozart, Beethoven, Schubert, Schumann. However, there are many pieces that have evolved into different schools of violin traditions, which are not included in Henle. For example: Leopold Auer’s suggestions about the Tchaikovsky Violin Concerto or Joseph Joachim’s cadenzas to the Brahms and Mozart Violin Concertos. You may or may not decide you want to perform these editions, but one must acknowledge that they’ve become such staples of the repertoire that it’s important to learn them regardless.

Developing Structure and Flexibility in Your Bow Hold