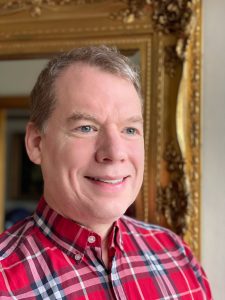 Thomas May is a writer, critic, educator, and translator whose work also appears in The New York Times, Gramophone, Opera Now, the program books of the Metropolitan Opera and San Francisco Opera, and many other publications. The English-language editor for the Lucerne Festival, he also writes program essays for Pierre Boulez Saal in Berlin and the Ojai Festival. His books include Decoding Wagner and The John Adams Reader: Essential Writings on an American Composer (both published by Amadeus Press).

Articles by Thomas May

YOLA has become a signature of the Gustavo Dudamel era. Its creation predates his first season at the helm of the Los Angeles Philharmonic in 2009 and shows the influence of the educational philosophy that shaped him.

Other collections have been more comprehensive and far-ranging, even more flamboyant. But David Fulton was never interested in merely accumulating as many rare instruments as he could: “I just wanted the best.”

Cellist Edgar Moreau's album "Transmission" is informed by various aspects of Jewish culture and identity and entails an homage to his own heritage.

The Juilliard String Quartet's longevity shines a beacon of hope, enhancing the sense of celebration around the ensemble’s 75th anniversary this season.

Undeterred by Coronavirus delays, the 17-year-old Spanish violinist María Dueñas found a way to launch her career and shine in the virtual realm.

With this album violinist Vijay Gupta initiates a new project: to record all 6 Bach sonatas & partitas alongside a newly commissioned work in the next 6 years.

The longstanding commitment to the principles of diversity, equity, and inclusion predates by a generation the present cultural moment’s demand for social justice.

Nicholas Cords' solo album, Touch Harmonious, juxtaposes music from the Baroque with Britten and a cluster of contemporary works, including two premiere recordings.

By Thomas May | From the March-April 2021 issue of Strings magazine An unmistakable harmony holds sway in Jessie Montgomery’s creative work. Her attunement ... Read More...

Bohemian Rhapsodies: Augustin Hadelich on the Pleasures of Pollaborating with Ideal Partners on a Still-Undervalued Concerto

Be Kind to Your Tendons: 6 Low-Tension Exercises for Beleaguered Cellists

4 Ways to Attract Students to Your Private Teaching Studio