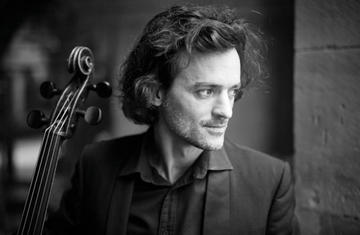 Menuhin Students Reminisce about the Teacher, the Legend, and the Man

In April 2016, the string world celebrates the 100th birthday of violinist and humanitarian Yehudi Menuhin. Menuhin left not just a musical legacy, but many teachings and life lessons that still resonate with his students 17 years after his passing. To commemorate the maestro’s birthday, we’ve collected musings from several of his students on his role as a player, educator, and humanitarian.

Paul Coletti, prominent international violist and professor of viola at the Colburn School “Hearing his final Beethoven concerto as an old man, his performance of Frank Martin, Bach’s St. Matthew Passion—all of these and more were the greatest performances of anything I ever heard, and all of them moved me to tears. He had that ability to transcend music and become pure spirit. Very few artists have this gift. In my concert experience only Martha Argerich belongs on this exalted memory list alongside Menuhin. It is true that there were occasions where his playing was dreadful, and his performances on those occasions were painful for everyone, but in the moments when he was able to rise above the earthly limitations, he was as a God among us.” “I think Menuhin’s legacy as a player is that he always sought to express emotion—technique was never an end in itself. It was always toward a musical purpose. He also valued hugely the art of listening, particularly in collaborative situations. He brought those same qualities to his teaching.

Cellist Pablo de Naverán, who began studying with Menuhin at the age of 17 “We all agree some artists belong to a higher dimension, and only a very few to the highest one imaginable. Yehudi Menuhin is one of those artists. There is a high sense of truth in his playing, a genuine, unique feeling of moving within the sound. [It is] something like a path where different forces—the one of the composer, the one of the music itself, the one of the interpreter and his instrument, and the [one of the] moment as an unrepeatable one—all breathe naturally together. “He took a direct analytical approach that constantly evolved, and was a great judge of what, how, and when to introduce new ideas about music, technique, etc. He was never afraid to tackle whatever aspects of someone’s playing that needed to be addressed, and he never rested on his laurels or let his teaching methods and ideas become stale. “Menuhin’s legacy to me is more than playing and teaching the violin; I see him as a Jewish symbol for tolerance and perseverance. Menuhin demonstrates how great talent and the power of music can bring people together despite the evil of anti-Semitism. [He was] an educator and a visionary that was far ahead of his time; Menuhin is one of the greatest artists ever.”