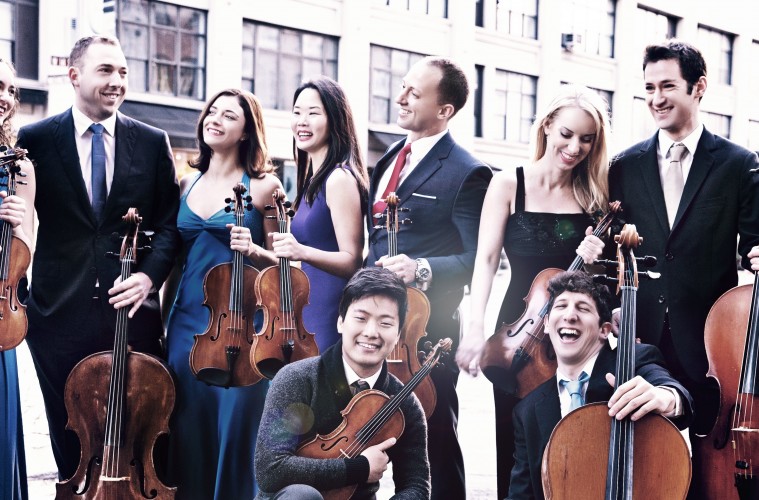 How to Create the Ideal Chamber Group

Classical musicians are often considered lucky by people in other professions because we spend all our time doing what we love and loving what we do. I am inclined to agree with this viewpoint—but not without some caveats. Classical musicians, particularly those who have devoted their lives to performing chamber music, are faced with insane travel schedules, grueling rehearsal hours over the tiniest musical minutiae, loads of logistical work involving coordination of repertoire, travel, and accommodation—and, well, we certainly do not get into this business for the money!

Any one of these things would seem a strong deterrent to even the most committed player. But it isn’t. We do what we do because we cannot imagine doing anything else; it is not just a passion, it is everything.

After some major soul-searching, I recently decided to make some radical changes in my professional life. If I am going to continue to embrace the challenges of being a chamber musician, then I want to be absolutely ecstatic about the music I am making—and the people with whom I am making it—every single day. Of course, it is difficult to entertain such an idealistic point of view, so there have been times when I’ve rationalized the situation and taken a less satisfying gig for the money or played a program that was not particularly exciting. We have all been there. But for me, one transcendent concert experience is worth a hundred so-so performances. Over time, it has become increasingly important to me to stick to my ideals as uncompromisingly as possible.

It was with all this in mind that I formed the Manhattan Chamber Players (MCP). With a roster of violinists, violists, cellists, pianists, and winds, MCP performs in virtually every chamber combination—from duo sonatas to clarinet quintets to string octets. MCP is not a chamber orchestra, but rather a chamber-music collective, taking the Chamber Music Society of Lincoln Center and Musicians from Marlboro—two of my most important musical influences—as its inspiration.

In our concerts, we break down into various chamber combinations to fit the programming needs and desires of any given presenter. Additionally, the two composers on the roster compose music specifically for MCP artists, keeping us directly involved in the creation of excellent new works for the chamber-music canon and grounding us in the music of today. In addition to concerts for which we are engaged, we self-present a six-concert series in New York City and an outreach and community service–based festival, the Crescent City Chamber Music Festival, in New Orleans.

For six years I played in a professional string quartet. During that time I was immensely gratified in being able to perform the rich string-quartet repertoire with my distinguished colleagues, and in so doing, I also learned a great deal about myself as a chamber musician. I am very proud of what we accomplished together. When I left the group last summer, however, I had come to the decision that I wanted to move my professional life in a very different direction.

The musicians I had in mind not only had similar sensibilities and backgrounds; they also were selfless music-makers.

I had been thinking back on those singular experiences playing chamber music that had set me on that path in the first place, and I had developed a strong desire to play again with the artists who had inspired me the most. As I started to compile a mental list of these people, most of whom had been regular chamber-music partners of mine long before I joined my former quartet, I realized what similar backgrounds we all had: Marlboro, Ravinia, Yellow Barn, Juilliard, Curtis, and more. But the musicians I had in mind not only had similar sensibilities and backgrounds; they also were selfless music-makers—that is, colleagues with whom I knew a collaboration in any chamber combination would be truly “all about the music.”

So I was happy, but not surprised, when I called these people—who are now MCP artists—and they were very enthusiastic about this project. More than a few times, the response I got was, “That sounds like a dream come true!”

After the long process of putting together the website and publicity materials, attaining 501(c)3 status, scheduling concerts, and completing my tenure with my quartet, MCP finally gave its inaugural concerts at (le) poisson rouge and Baruch College in New York City last December. I admittedly had high expectations, but the performances were on a level even I could not have anticipated. It was an honor to share the stage with so many artists who, though performing in these concerts without a fee, brought all of their formidable artistry to piece after piece.

It was as though I had tapped into a desire, a missing piece of the puzzle, for everyone involved—not just myself.

The onstage comfort and rapport, combined with a thrilling spontaneity, proved to all of us that we had together embarked on a fulfilling musical journey. At one moment during the cathartic climax of the slow movement of Mendelssohn’s String Quintet in B-flat, tears came to my eyes as I was playing, and I realized I could not remember the last time that had happened. In that moment, I knew we had created something truly special together.

I will never forget it.